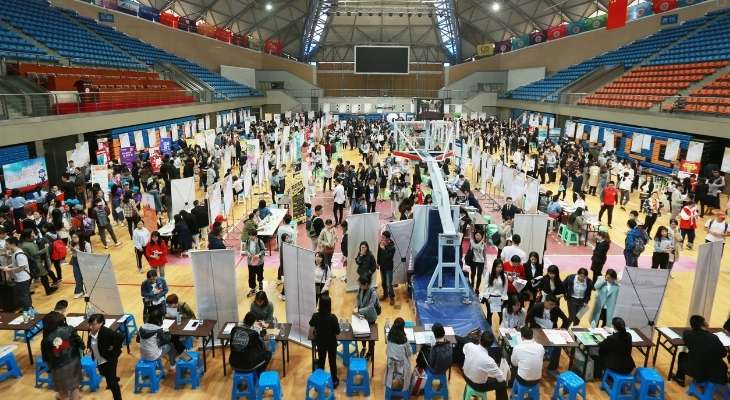 According to information released by China’s Ministry of Education, 10.76 million college students will graduate in 2022, a record high, accompanied by a considerable employment challenge. Graduates in 2021 exceeded 9 million, and some are still unemployed.

In 2021, the China Central Economic Work Conference clearly put forward the three main issues and pressures that China faces and needs to address in the coming period: demand contraction, supply shocks, and weakening expectations. In 2022, various internal and external factors are overlapping. Some companies are shrinking their fronts, some are slowing down and waiting, but some are expanding their recruitment against the trend.

Currently, the logistics and human flow in many places are hampered by the influence of the Covid epidemic. The enterprises’ business is affected and their willingness to recruit decreases. The most urgent task is to control the epidemic and try to restore the logistics and human flow as soon as possible. The China government could help market players restore their confidence and stimulate the employment demand of enterprises, in order to truly solve the employment problem of college graduates.

For graduate students, the job hunting time is getting longer and longer, starting from March and April of the year 2021. They start to cast their summer internship resumes to the big IT companies like Tencent and Alibaba.

Many undergraduates often miss the whole autumn recruitment season because they are busy preparing for graduate school and civil service exams. Some master’s degree students said, “When they are interviewing for the autumn recruitment, they hardly see any undergraduates in the same group”. However, in addition to a few successful “landing” in graduate school and public exams, more people are involved in the tide of spring recruitment.

A non-211 college graduate hurriedly put into the spring job market after experiencing failure in the examination. He put out a lot of resumes, but found that “the resumes cast out of the sea”. There are some students with 2 years of master’s degree. They feel the situation in 2022 may be far less than the year of graduation of undergraduate in 2020. At that time, some students could easily get a job offer if they had tried to throw some resumes.

Liu Chen, a master’s degree student in liberal arts from a 211 university in Guangzhou, got 4 offers one after another from last year’s autumn recruitment until now. His expected annual salary is about 200,000 yuan. 2 of the 4 offers can basically meet his expectations, and he finally chose a job that can stay in Guangzhou.

In the nearly year-long job search process, Liu Chen also experienced frustration. In the beginning, his ideal career is to enter a large Internet company like Tencent or Alibaba, which is easier to meet his salary expectations. But Liu voted for many big companies, only one of them gave a reply, and the other even failed to pass the resume screening. Many people around Liu Chen also have similar experiences. Only one roommate successfully stayed in a large Internet company through last year’s summer internship. The roommate often worked overtime until 23:00 to return to the dormitory. But the internet industry has repeatedly rumored layoff news. Liu Chen thinks this job in large companies gradually lost a few points of charm.

According to the “2022 Spring Festival after the market supply and demand market” released by 51Job in February 2022, the employment demand in Internet/e-commerce industry fell from No. 1 in 2021 to No. 4 in 2022. In addition, the employment demand of the real estate industry from the third place in 2021 to be out of the top five this year. Education/training / institutions industry fell out of the top ten.

The employment situation of college students in previous years depends mainly on the degree of economic boom and the development of employers. A medium-sized software company in the eastern coastal provinces is in a period of rapid development in the past few years, and the number of people in the company has increased from 600 in 2019 to 1,000 in 2022. Fresh graduates are the mainstay of the company’s additional staff each year. The recruitment manager often needs to send out nearly double the number of offers than the number of demand so as to ensure that enough people eventually come to work in the company. During the year 2020, offline recruitment was blocked, but they also actively expanded the online recruitment pipeline.

But this year, their spring recruiting came to an abrupt end. They explained for not doing school recruitment again this year, “The first two years we recruited a lot of freshmen, need to digest.” They also confessed that the other side is mainly because of the impact of epidemic factors. The company’s business performance has been under pressure and the future uncertainty is increasing. Recruitment will naturally become more cautious.

HR of a company providing smart manufacturing solutions in the central province also said that the company was on a normal development track and had made a decision to vigorously develop the business of its subsidiaries in western cities at the beginning of this year and proposed to increase recruitment efforts. But due to the epidemic, many activities could not be carried out normally and the expansion plan was delayed. The company is now posting some job requirements, but the pace has slowed down. She also mentioned a detail, “We saw many applicants on the online job-seeking websites who were not related to the job requirements at all. They strongly expressed their willingness to learn and get started early, which probably reflects the employment situation this year.”

There are also companies that are expanding against the trend. A young unicorn company in Shenzhen in the field of smart manufacturing and digital intelligence innovation, SmartMore Technology, founded in December 2019, has more than 1,000 employees in just less than three years. As a technology company that attaches importance to R&D, the R&D staff of SmartMore accounts for more than 70%, mainly from majors like computer science, software engineering and electronic information engineering.

On April 18, SmartMore Technology released a recruitment notice for the 2022 spring recruitment and 2023 internship, focusing on R&D positions, including technologies like algorithms, engineering and testing. A person in charge of the company said that this year is the third campus recruitment of the company, and it plans to recruit more than 100 fresh graduates, which is an increase compared with the previous two years.

The person in charge said, “Our core founding team has been working deeply in the field of computer vision for more than 20 years, and is committed to promoting the digitalization and intelligent transformation and upgrading of the manufacturing industry through AI technology research and development and software and hardware integration products. Therefore, Simou attaches great importance to talents in the field of computer vision and artificial intelligence, which is why the demand for Simou recruitment is mainly focused on research and development.”

In response to the employment of college students, China’s Ministry of Education issued a notice on the employment and entrepreneurship work of the 2022 class of national ordinary college graduates in November 2021, specifying 24 initiatives such as strengthening the construction of campus recruitment market, improving the grassroots employment support system for graduates, and promoting the orderly connection between further education and employment.

In April, the Leading Group of Employment of Guangdong Province issued the “Top Ten Action Plan for Employment and Entrepreneurship of College Graduates in Guangdong Province in 2022“, specifying ten actions such as market employment expansion action, entrepreneurship and innovation support action, grass-roots talent support action, employment leading action in state-owned enterprises, and recruitment action in institutions, etc., and proposing to strive for the implementation rate of graduation destination of fresh college graduates in the province to reach 70% by the end of July 2022 and more than 90% by the end of this year to ensure the overall stability of the employment situation of college graduates.

A professional in charge of recruitment thought that some measures like increasing the employment of grassroots, state-owned enterprises and institutions, of course, can play a certain effect, but in general, the employment of college students mainly depends on the economic development. Enterprises must have business growth to have new recruitment needs.