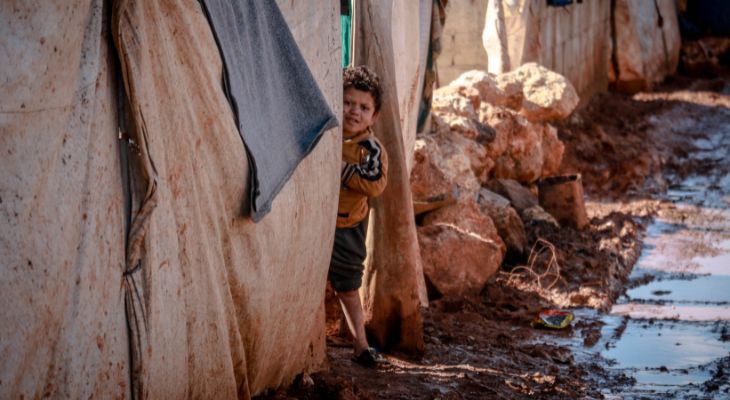 On May 6, 2022, Andres Manuel Lopez Obrador, the President of Mexico, said that the United States should be co-responsible in the search for a joint solution for the problem of irregular migration from Central America.

US, the protagonist of the migratory phenomenon, must consequently be co-responsible for providing a solution and modifying its migratory policy. Mexican president declared it after a meeting with his Salvadoran counterpart, Nayib Bukele. Washington must also help central American counties to combat the conditions that force millions to leave their places of residence.

The solution to the migration problem must be part of a joint effort for the United States, Mexico and the three central American countries with the greatest migration. Guatemala, El Salvador and Honduras must be involved.

According to López Obrador, the current challenge is to fight against poverty, inequality, unemployment, marginalization and other misfortunes. Thousands of undocumented Central American, Cuban and Haitian migrants are often detained at Mexico’s border with the United States and try to find out a job in North America. They are overwhelmed by the violence and poverty that afflict their countries and many of them die along the way.

Nayib Bukele, President of El Salvador expressed his support for the Mexican proposal for a joint plan. El Salvador supports Mexico’s proposal that the United States should make a joint plan. United States, Mexico, Guatemala, El Salvador and Honduras should contribute according to their economies so as to solve the migration problem in the end. It belongs to all of us and concerns us all.

The Salvadoran governor considered it necessary that some successful experiences which are being promoted to dissuade migration should be expanded and cover the area where there is more migration to the United States. López Obrador arrived at the Óscar Arnulfo Romero airport around midday after his visiting Guatemala. López Obrador will continue his tour to Honduras after the meeting with Bukele. This is the framework of his tour of Central America and the Caribbean.

Bukele and López Obrador met for the first time in June 2019 in Tapachula, Chiapas state, Mexico. On that occasion, López Obrador announced Mexico’s financing of his “Sembrando Vida” program in El Salvador, with the aim of helping to reduce irregular migration, mainly among young people. With an investment of $31 million, the agroforestry program was launched in July 2019 with the goal of creating some 20,000 jobs. AMLO offered this Friday an expansion of his program in El Salvador.

Request to Capitol Hill for help in central American immigration

On May 5, López Obrador asked to speed up Washington’s financial support for these programs which attack poverty, crime and violence in central American countries. These factors make thousands of central Americans to migrate irregularly to the United States in search of employment.

It seems inexplicable to him that the approval of USD 4,000 million offered by US to invest in the generation of welfare in Central American countries has been so delayed on Capitol Hill. López Obrador began a four-day tour on On May 5, during which he will also visit Honduras, Belize and Cuba.

On May 4, AMLO announced that Mexico will reinforce the border with Guatemala in the face of a possible massive arrival of migrants attempting to cross into the United States. This could occur after the announced elimination of a U.S. measure (Title 42), scheduled for May 23, which allowed the expulsion of migrants to prevent the spread of the Covid-19 pandemic.

In 2021, Mexican authorities found more than 300,000 irregular migrants. While the United States detained some 7,800 undocumented migrants daily in the border zone during the last three weeks, which is almost five times the 2014-2019 average.