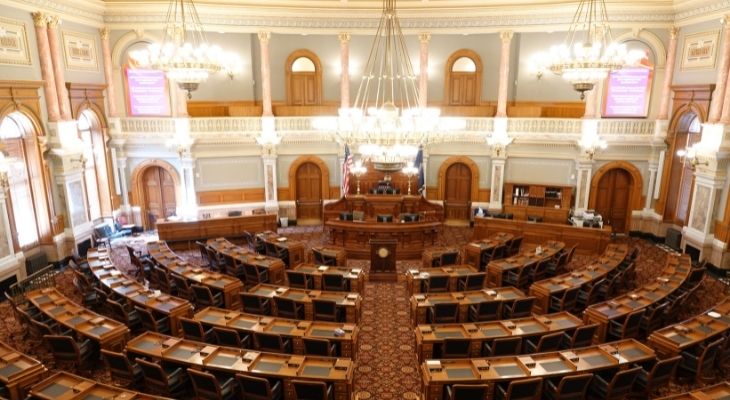 Brazil Senate approved on May 10, the bill that changes the rules for spending limits on advertising in election years for federal, state and local government agencies. The draft (PL 4059/2021) will allow the federal government to increase spending by R$ 25 million in 2022. It now follows presidential sanctions.

The project has received much criticism for promoting the increase in public spending and for coming into force in an election year. At the request of several senators, it was voted on nominally. It received 38 votes in favor and 29 against.

Some Brazilian senators defended the bill

Senator Eduardo Gomes (MDB-TO), who was the rapporteur, defended the bill arguing that it serves advertising and propaganda professionals, generating jobs in the sector. Gomes compared the proposal to other aid measures approved by the National Congress during the covid-19 pandemic, such as the National Program to Support Micro and Small Businesses (Pronampe) and the Aldir Blanc Law, for the cultural area. It is a sector of the Brazilian economy that, like so many others, needs reinforcement and guaranteeing employment at this moment. This rapporteurship is related to that have been done for hundreds of sectors of the Brazilian economy.

Other points highlighted by the senators were the need to strengthen the accountability of public authorities. The project also talks about hiring digital communication services and Eduardo Gomes also spoke about the need to adopt legislation to recent technological changes.

Senator Jaques Wagner (PT-BA) opened the divergence, expressing surprise that the initiative had not arisen before the pandemic. He recalled the proximity of the elections, which will take place in less than five months.

Jaques agrees with the merit. The Senate is going to give the state and federal governments the possibility to have and pardon the term with a propaganda spree. Senator Randolfe Rodrigues (Rede-AP), leader of the opposition, anticipated that he would bring a direct action of unconstitutionality (ADI) against the proposal to the Federal Supreme Court (STF). This matter is flagrantly unconstitutional. The ADI is already ready, it is in the oven and they file the ADI with the Supreme Court.

Senator Paulo Rocha (PT-PA) presented an amendment changing the beginning of the future law’s validity to 2023 so as to avoid its effects in the next election. He explained that the Constitution imposes the principle of electoral anteriority, which means that all rules that impact elections must be approved at least one year in advance.

Eduardo Gomes had rejected the amendment, arguing that the rule only applies to laws that change the electoral process itself. Highlighted by the PT, the amendment was voted on in the plenary and ended up being rejected, by 36 votes to 29, also in a roll call vote.

Other senators criticized the project. Senator Simone Tebet (MDB-MS) classified it as morally outrageous, pointing out that it promotes an increase in public spending with no social purpose at a time when the population is still suffering the effects of the pandemic and the economic crisis.

People are lining up behind bones, record unemployment and double-digit inflation which is eroding the salary of the Brazilian workers which made them choose to buy clothes and other consumed products on the online websites and APPs like Shopee. “We have just brought the National Congress to its knees. We are going to be massacred by public opinion, and rightly so,” Simone Tebet argued.

Senator Omar Aziz (PSD-AM) said that the project creates an electoral advantage for candidates who are already in government at all levels. He also criticized the tone of the advertisements already used by the federal government, recalling official statements made by ministers who left their posts to run in the elections.

This is unequal for those who are in the opposition. It is using public funds to make personal propaganda. When the ministers left office, everyone occupied a huge space on television to talk about a lot of things they didn’t do, as if the country were living like a dream.

According to the current legislation, public authorities must limit an amount equivalent in the first semester of the election year to the average amount spent on advertising in the three previous years. The bill changes this calculation: the limit will now be the equivalent to the monthly average of these expenses in the three previous years, multiplied by six. In addition, the amount for the calculation will now be what was committed. Today, the amount spent is considered in the law. The bill also stipulates that the amounts will be corrected by the National Wide Consumer Price Index (IPCA) for the calculation.

With these changes, the limit available for federal government spending on advertising in the first half of 2022 would rise from R$ 140.2 million to R$ 165.7 million. The estimate is from Agência Câmara, based on information from the Transparency Portal.

Another innovation of the bill is that spending on institutional advertising linked to the covid-19 pandemic would not be subject to this limit. The exception applies to the disclosure of acts and campaigns of public agencies against the pandemic and for the guidance of the population on public services related to the topic.

Open bidding and contracting on government’s spending for advertising

In other provisions, the bill deals with rules for the bidding and contracting of institutional communication services, which include social network management and search engine optimization services. These services must be bid for through the technical and price or best technique modalities, instead of using only price, as has currently occurred through the pregão modality.

For the project’s author in the House of Representatives, Cacá Leão (PP-BA), the rule meets a 2016 ruling of the second chamber of the Federal Audit Court (TCU), which recommended that the Secretariat of Social Communication of the Presidency of the Republic use the practices provided by law to contract digital communication services.

The exception to the new framework is the services of boosting messages in virtual environments and the hiring of advertising and media space. In these cases, the rules for hiring advertising services by the government will apply.