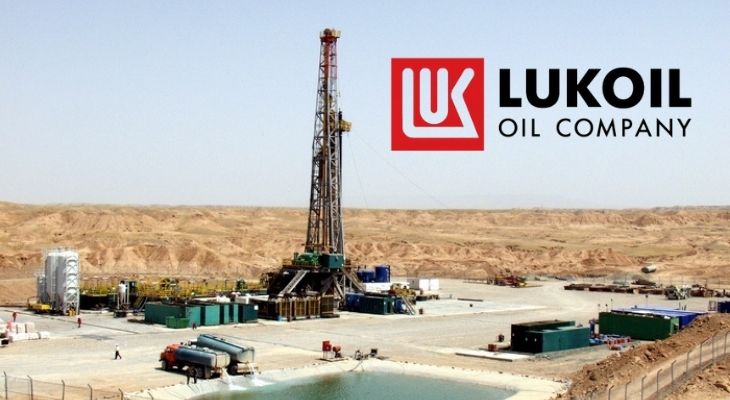 Within the presented medium and long-term analysis for Lukoil Petroleum common shares, it is estimated the target value at the end of the first half of 2023 is 6,715.59 rubles per share. This estimate takes into account a 15% discount for non-market risks.

What is Lukoil Petroleum company?

According to the LUKOIL website, it is one of the largest publicly traded vertically integrated oil & gas companies in the world, with a share of over 2% of global oil production and about 1% of proven hydrocarbon reserves. Lukoil owns assets at all stages of the value-added chain (production, storage, refining and marketing). Most of the oil produced by Lukoil is refined at its own refineries and sold as petroleum products on the domestic market and abroad.

The following estimations are based on the forecast of the Urals oil price at the end of 2022 at $80 per barrel and a USD/RUB exchange rate of 70 rubles per US dollar. These estimates also take into account the increase in the activity of the ruble exchange rate due to the growth of commodity markets, which is outlined under the influence of toughening currency controls in Russia.

Considering the forecasts of oil production by Russia, published by OPEC in May 2022, and the comments of the company’s biggest shareholder Vagit Alekperov, it is expected the decrease of LUKOIL oil production in 2022 will be at the level of 1%.

Lukoil’s hydrocarbon production (excluding the West Qurna-2 project in Iraq) was 2.161 million barrels per day (mbd) in 2021, an increase of 4.7% compared to 2020. Among LUKOIL’s production output, oil production was 1.6 mbd or 79.3 million tons per year. The share of EBITDA from refining and marketing, formed mainly in unfriendly countries and potentially subject to direct sanctions risks, amounted to about 8% or 116.6 billion rubles at the end of the year 2021. Given the nature of the economic restrictions discussed by the European Commission, it is believed that LUKOIL’s refineries in the EU will continue to operate, although possibly not on Russian feedstock.

The negative effect of possible sanctions restrictions on the operation of about 1,500 filling stations of the company operating in the so-called “unfriendly” countries (only 200 of them – the countries which most actively implement the USA sanctions policy) will be to a certain extent neutralized by the effect of the purchase of assets of Shell Oil LLC, which include 411 Shell gasoline stations in Russia and an oil production plant.

Dividend payout forecast for LUKOIL in 2021 and 2022 amounts to RUB 500 (of which RUB 340 per share has already been paid in Sept 2021) and RUB 484 per share. Taking into consideration the increase in non-market risks, it is estimated the dividend payout will be 50% of the adjusted free cash flow, while the traditional company’s figure of 100%. In terms of comparative analysis, LUKOIL is fairly valued relative to its Russian peers.

The forecast reflects the impact of monetary factors to support the commodity market. It is believed that the system of macroeconomic interrelations supporting the growing trend of resource prices seems to be sustainable in the long term.

On the one hand, it is formed by a significant increase in the money supply relative to the assets of the commodity market under the influence of increasing global debt.

On the other hand, the potential impact of accumulated supply-demand imbalances in the commodity segment will happen. In recent decades, regulatory policy, fiscal and financial sanctions and geopolitical deterrence of investment activities have developed. The result is the underfunding of investments in a wide range of extractive industries due to the risks of deficit.

The response to these risks seems to have been created in 2016. Protectionist policies of the leading OPEC countries are another key medium and long-term urgent factor supporting market prices.
It is estimated the FCF to revenue ratio is at 5% versus 6% and 9% during the post-crisis recovery periods of 2010-2013 and 2017-2018.